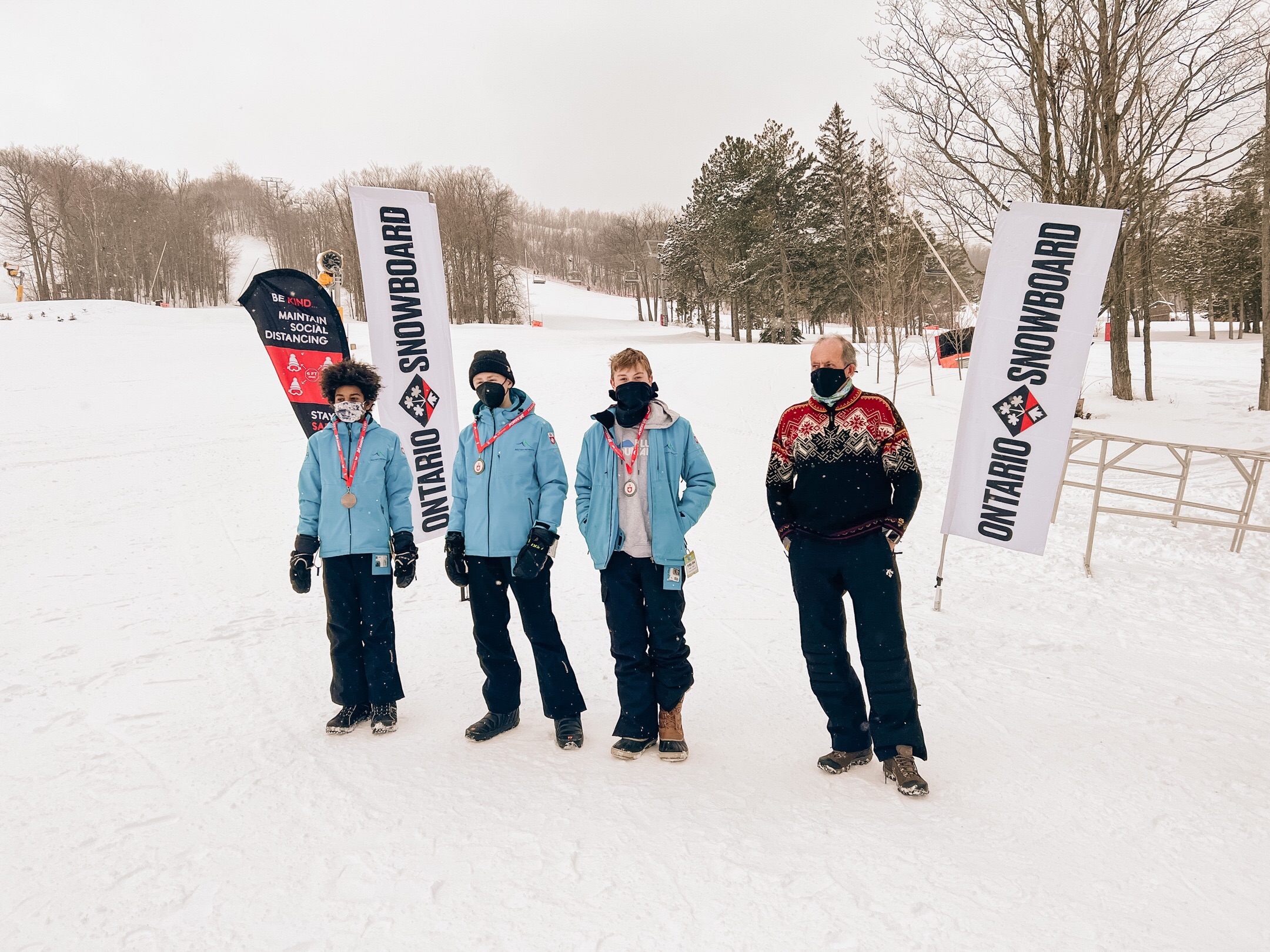 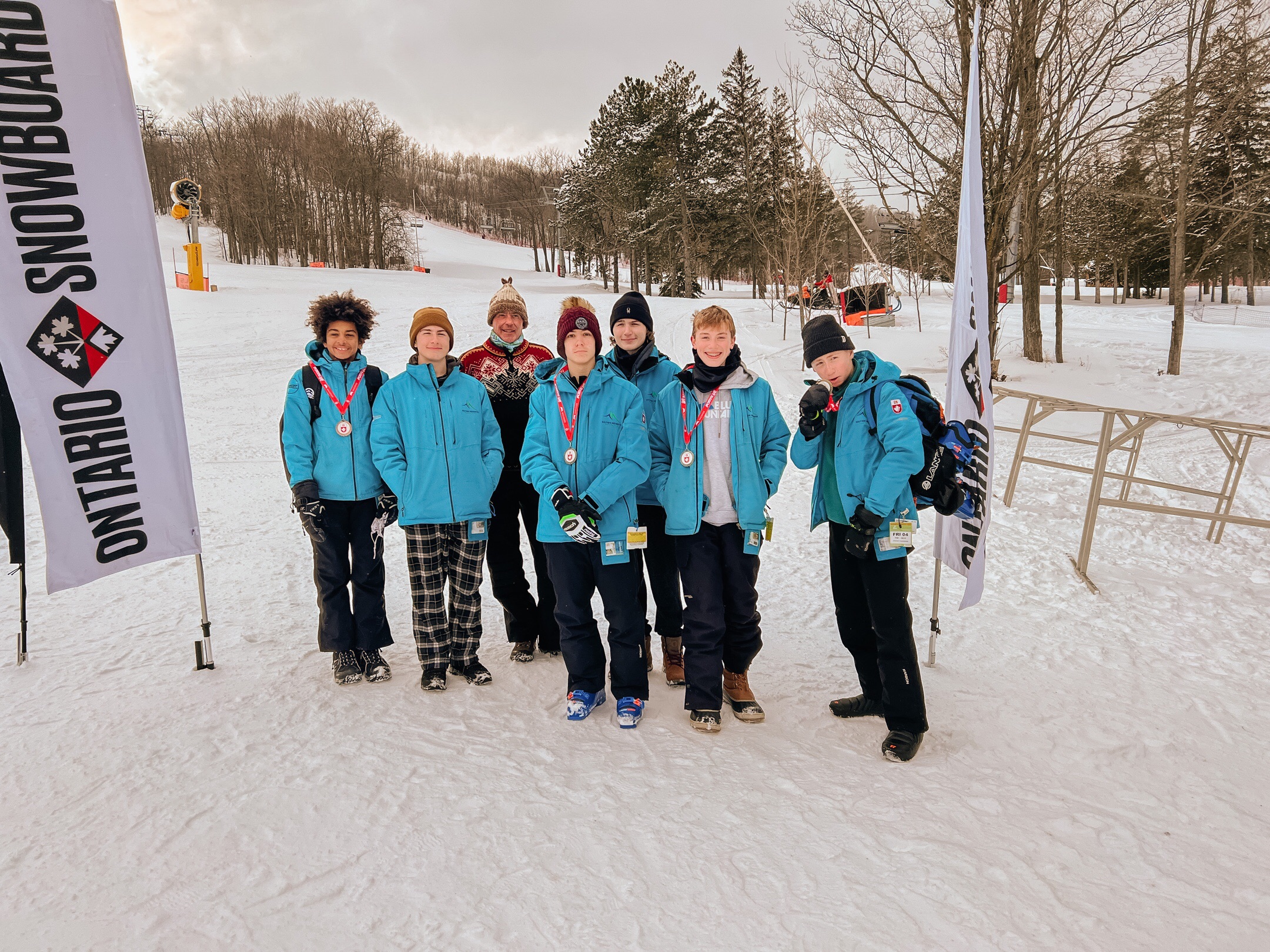 U8 & U10 visited Chicopee for their first away race of the season on Saturday. It was also their first dual slalom race. They had fun racing head-to-head against Chicopee as well as their own teammates. Each racer was able to ski the course at least 6 times during the dual slalom round robin, gaining more confidence each time. Everyone did so well, they all took home a gold medal!

Milton Heights U12 had their second race of the season at Boler Mountain on Saturday. It was a sunny day and the team did a great job representing the club.  We would like to congratulate Kaiya Pan on her Silver medal and William Watkins on his fourth place finish. Way to go team! 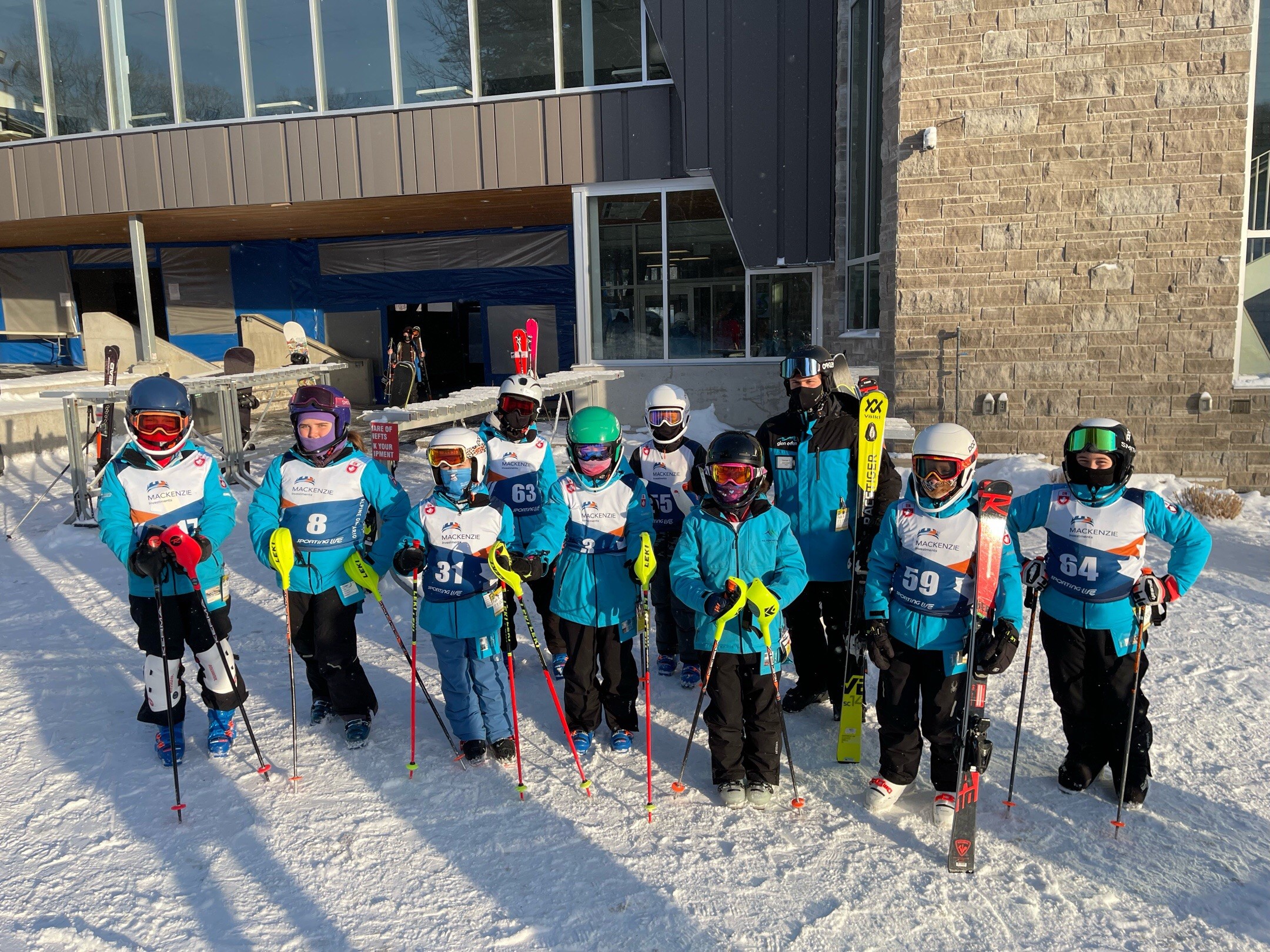 The JDL team enjoyed their first race this past weekend through a challenging skills course. For many, it was their first taste of racing. The weather finally cooperated as well and gave a nice warm and sunny day to boot. Big thank you to all the parent volunteers and coaches for helping organize such a great first event.

An incredible shout-out must go to all the MHRC coaches and volunteers who arrived early and set up an intricate course of gates, tuck-points, and jumps for the athletes to maneuver.  By 9am the kids were on the slopes warming up for their 10am race start.

Some technical challenges were experienced with the starting gate just not being agreeable.  However, our head coach Brian Opiz was super in doing his best to manage the situation and keep the race flow moving, only with some minor delays.

The younger Learn to Race athletes were amazing to watch taking on Sidewinder with full race posture and the desire to ski fast.  Some athletes took tumbles, others invented a new course around the gates, and others seemed to end their run at points they felt were more appropriate!

The JDL 10-14 Athletes were incredible and it was so exciting to see their courage as they pushed off the start ramp, over the edge, and tackle the gates with such skill.  So much credit goes to the JDL coaches for developing these athletes to this point.  They all had such fun, showed how proud of themselves they were, and just seemed so at ease with the hill and the speed.

Unfortunately, the awards ceremony was delayed by one week due to the timing challenges experienced taking the race completion to the noon hour.

In all, a fantastic first race!  GO JDL athletes!

U16 & U19 racers spent their Sunday at Blue Mountain preparing for the upcoming GS race at TSC February 13th.

GS training continued for the U14 athletes this past week. Some good training was had in preparation for the next race at Jozo Weider on Saturday, February 13th.